The Code of Ethics establishes both an independent Board of Ethics and an Ethics Officer position to assist the agency in maintaining the desired ethical standards.

Board of Ethics Members 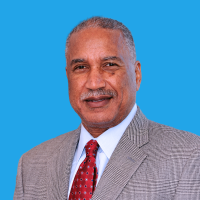 George E. Pruden, II, retired from the federal government after serving over 36 years, including 21 years in the ethics field.  He has provided ethics counseling and training in four different federal agencies and has served as the lead ethics official in three of those agencies.

He has been intimately involved in the development and creative delivery of legal ethics and government ethics training programs for the District of Columbia Bar, the Virginia Law Foundation, the U.S. Office of Government Ethics, National Bar Association, American Bar Association, League of United Latin American Citizens, National Association of Blacks in Criminal Justice, Women in Federal Law Enforcement, Executive Office for U.S. Attorneys, National Academy of Corrections, Department of Justice’s (DOJ) National Advocacy Center and many other organizations.  He has developed and appeared in a number of ethics training videos.  In the mid-1990’s, he developed an ethics game (based on the “Jeopardy” game show format) that was used to train the Attorney General, other senior DOJ officials, senior White House staff and thousands of other federal employees.

Prior to retiring, he served as a Senior Counsel in the Office of the General Counsel for the Office of Justice Programs (OJP) at the DOJ where he provided legal advice to several criminal justice program offices.  He also served as the legal advisor to the Freedom of Information Act (FOIA) Officer, served as OJP’s Senior Component Official for Privacy and as OJP’s FOIA Public Liaison.  His other duties included serving as an ethics attorney, and he handled litigation involving discrimination under Title VII of the Civil Rights Act of 1964.  He was an inaugural member of the DOJ’s Mediator Corps, where he was often selected to serve as the mediator in many high-profile mediations for the Federal Bureau of Investigation.  Prior to his tenure at OJP, he served as the General Counsel for six years for the Court Services and Offender Supervision Agency for the District of Columbia, a federal agency responsible for providing probation, parole and pretrial services for D.C. offenders.  Prior to that, he served as an Associate General Counsel/Ethics Officer for the Federal Bureau of Prisons.

Mr. Pruden served in the White House Counsel's Office handling the review of financial disclosure reports and other documents for nominees to various federal agencies, boards and commissions.  Some of his other professional experiences include having served as a Professorial Lecturer in Ethics at the Washington College of Law at The American University and as an Instructor of Political Science at Norfolk State University.  He received many awards and honors during his career.  In December 2014, he was awarded the Assistant Attorney General's Award for Outstanding Contributions to the Office of Justice Programs.  In June 1999, he was awarded the Federal Bureau of Prisons' Commendation Medal for the Outstanding Performance of Duty.  During his tenure at the OJP, he received over 17 performance awards in less than 10 years.

During the 1990’s, he served on the Archdiocesan Board of Education for the Roman Catholic Archdiocese of Washington for seven years, two years as Vice-President and the last year as President.  He was awarded his LL.B. degree in 1981 from the North Carolina Central University School of Law and a B.A. in Political Science/Public Administration with honors from Norfolk State University in 1984.  He is a member of the Pennsylvania, Maryland, Virginia, District of Columbia and the U.S. Supreme Court bars.

He is currently serving as a co-principal developing a new business, Pruden-Hinkson Solutions.  This new entity will provide mediation, consulting and training services to federal agencies, state and local governmental agencies and non-profits.

Mr. Pruden resides in Prince George’s County and was initially appointed to the Board of Ethics as an alternate member in 2008.  He was appointed as a regular member in 2009 and has served as Chair since 2013. 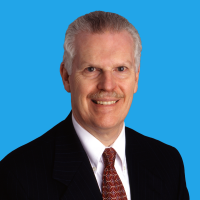 Dr. Hausman has received the NIH Director’s Award (NIH’s highest award), the Public Health Service (PHS) Exceptional Achievement Award, recognizing his activities as Chair of the PHS Advisory Committee for Employment of Persons with Disabilities; the NIH Equal Employment Opportunity Award; an award from the Lupus Foundation of America in recognition of his support for lupus research; and the Outstanding Ethics Program Award from the Office of Government Ethics for the quality of his stewardship of the NIAMS Ethics Program that he led since 1995. He is cited in American Men and Women of Science, Who’s Who in America, Who’s Who in Science and Engineering and Who’s Who in Medicine and Healthcare.

Dr. Hausman has been active in Ethics for many years, and in 2002, he co-organized and chaired a national NIH conference on Institutional Conflict of Interest. He led the trans-NIH committee to develop an enterprise-wide Ethics data system that will enable all ethics activities to be conducted on-line, and he was the Sponsoring Partner member representative of the Ethics and Compliance Officer Association.

Based on his strong background in information technology, Dr. Hausman was asked in February 2001 to manage the effort to convert all incoming paper applications (currently at a level of approximately 80,000 per year) to electronic format via an enterprise-wide scanning effort. Following the success of this project, he assumed the role of NIH Advocate for Advanced Technologies and became the organizer of the NIH Advanced Technologies Scientific Interest Group which includes nanotechnology, robotics and biomedical applications of new technologies as major emphasis areas.

Because of his interest in advocating for individuals with disabilities, Dr. Hausman was appointed to membership on, and elected Chair of, the NIH Diversity Council. His professional affiliations include the: American Association for the Advancement of Science, American Association of Immunologists, American Chemical Society, American Society for Cell Biology, Transplantation Society, National Speakers Association and the Global Speakers Federation.  Following his retirement from federal service in January 2007, he founded Hausman Technology Keynotes and Consulting and is currently a professional speaker in the area of emerging technologies that include nanotechnology, robotics, bionics, 3D printing, biometrics and security-related issues.  Dr. Hausman is a member of the Expert Panel of TechCast Global, an organization devoted to forecasting technology for strategic planning purposes.

Dr. Hausman resides in Montgomery County and was initially appointed to the Board of Ethics as a regular member in 2007. He served as Chair in 2010 and 2011. 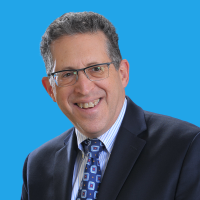 Jeffrey (Jeff) Hysen joins the board after serving the Federal Government for 31 years as an Assistant Regional Counsel with the General Services Administration (GSA), National Capital Region, in Washington, DC.  In that capacity, he was lead counsel on all ethics issues.

Mr. Hysen graduated from Clark University and received his J.D. from St. John’s University School of Law.  He resides in Montgomery County and was appointed to the board as a regular member in 2019. 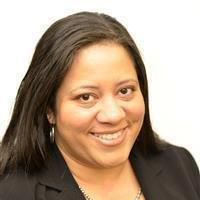 Chandria Slaughter has over 16 years of service in the federal government and currently serves as an ethics attorney in her component’s Office of the General Counsel. In this capacity, she reviews confidential financial and public financial disclosure reports, provides guidance to  employees, and assists in developing materials for her component’s annual ethics training.  In addition to her ethics work, Ms. Slaughter is the lead attorney for Freedom of Information Act (FOIA) matters and serves as the FOIA Public Liaison for her office.

She received her B.A. in International Studies from the College of William and Mary in Virginia in 1993.  Although a native Marylander, she has a fondness for Albuquerque, NM where she attended law and graduate school at the University of New Mexico. She received her J.D. in 2002 and a M.A. in Latin American Studies in 2003.

Rules of Procedure | Code of Ethics

Learn more about the Board of Ethics

The Board administers the WSSC Water Code of Ethics (Code), issues advisory opinions, responds to requests for waivers of Code prohibitions, acts on C...

Our Ethics Office directs WSSC Water's comprehensive ethics program and all of its related program components and processes.

Board of Ethics - Annual Reports